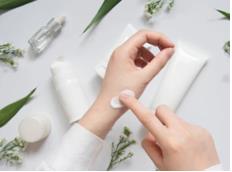 Emulsifying agents (emulsifiers) are surface-active ingredients which adsorb at the newly formed oil–water interface during emulsion preparation, and they protect the newly formed droplets against immediate recoalescence. Surfactants can act as emulsifiers, which lower surface tension between liquids or between a solid and liquid. Surfactants can keep droplets from getting large enough for components to be able to separate based on density. 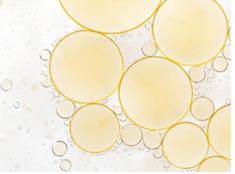 Structurally surfactants have two parts in their chemical structure, a hydrophilic head (water-loving) and a lipophilic tail (water-hating). They can form a protective barrier around the dispersed droplet by adsorbing on the oil-water interface and stabilizing the emulsion by decreasing the interfacial tension of the system. Some surfactants impart a charge on the surface of the drop, which reduces the physical contact between the droplets and decreases the coalescence potential of the droplet, which in turn increases the stability of the emulsion.

The Types of Emulsions 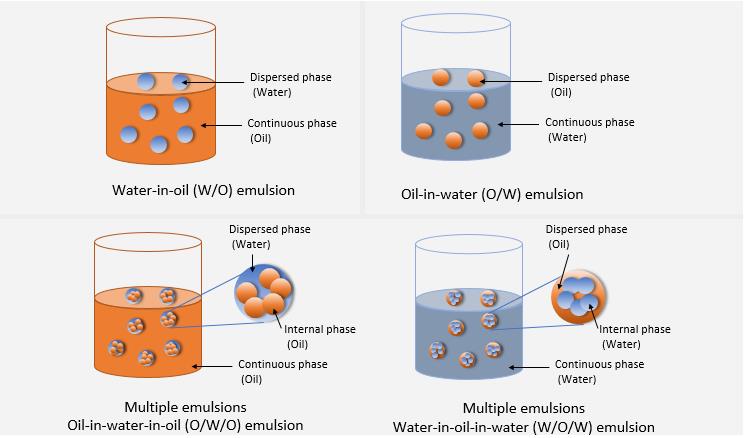 In multiple emulsions, the drops of the dispersed phase themselves contain smaller dispersed droplets of a miscible liquid. They are often prepared according to a two-step process and commonly stabilized using a combination of hydrophilic and hydrophobic surfactants.

Every dispersed globule in the double emulsion makes a vesicular structure with single or multiple watery compartments divided from the aqueous phase via an oil phase layer. There are two important types of multiple emulsions, O/W/O and W/O/W double emulsions. In cosmetics, they can protect an active ingredient from degradation and release it at a controlled rate.