Coco-betaine is a mixture of closely related organic compounds extracted from coconut oil and dimethylaminopropylamine, so it is described as a natural product. The substance is mainly used as a mild surfactant. It was developed to reduce the irritation of soap to the skin and eyes, but the environmental working group of Alfa Chemistry believes that the effect of coco-betaine is just the opposite. The difference in impurity content in different products may be the reason for this difference.

The IUPAC name of coco-betaine is {[3-(dodecanoylamino)propyl] (dimethyl)ammonio}acetate. The molecular formula is C19H38N2O3. The interaction between cocamide with glycine betaine produces it. The contaminants produced by the betaine reaction can be controlled by carefully controlling the pH and applying more chloroacetate during the process.

Coco-betaine isn't just for shampoo. It can be used in any case when foaming or minimizing irritation is more important than surface cleaning. Coco-betaine is commonly included in hair sprays and bubble baths. With a little washing, it will generate bubbles in a bubble bath. By reducing the pH of the environment, soap kills microorganisms. Coco-betaine has a modest bactericidal action but does not considerably reduce the pH. Coco-betaine in hair spray adheres to the hair and forms a coating, minimizing static electricity and making combing simpler.

Coco-betaine is simply produced using a simple chemical reaction that does not necessitate considerable processing of coconut oil. Some people refer to it as a natural cleanser because of this. Because coco-betaine is often better tolerated by sensitive skin, it has essentially replaced cocamide diethanolamine (Cocamide DEA) as an ingredient. On the Environmental Working Group website, coco-betaine has the lowest overall hazard score of 1 point, indicating that it is not expected to be potentially harmful or hazardous. 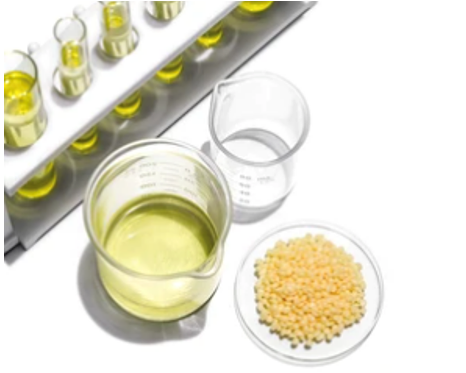 Through our large product line, Alfa Chemistry has developed strong synthesis knowledge. Our team can customize coco-betaine surfactant products for customers based on years of expertise working with surfactant firms. Our product cases are shown in the following:

It is a natural amphoteric surfactant that, when mixed with SLS (SLES) type anionic surfactants, can improve foam production synergistically.

AC K30B is an amphoteric surfactant that belongs to the betaine group and has an extraordinarily high purity. The product is a nearly colorless aqueous solution with a 30 percent active ingredient concentration. It is used in cleansing preparations, particularly gentle cleansing preparations, to remove pollutants from the skin's and hair's surface.